A plant-based diet is now becoming increasingly easy with the rise of substitutes. We all know the household names - Linda McCartney and Quorn. However, now there is a vast array of brands to choose from - ‘Like Meat’, ‘The Vegetarian Butcher’, ‘Wicked’, ‘Violife’ to name a few, alongside the major supermarkets now having their own ranges (Tesco’s plant-based cheese is definitely worth a try). My brother - a massive meat eater, now commonly uses these products and loves them, often having a plant-based meal without sacrificing any nutrition or flavour. These brands not only increase the ease of eating a plant-based diet with a plethora of ready-made burgers and sausages but are delicious and really do replicate meat - Linda McCartneys shredded duck, pork and chicken are personal favourites. It doesn’t have to be all tofu and hummus. 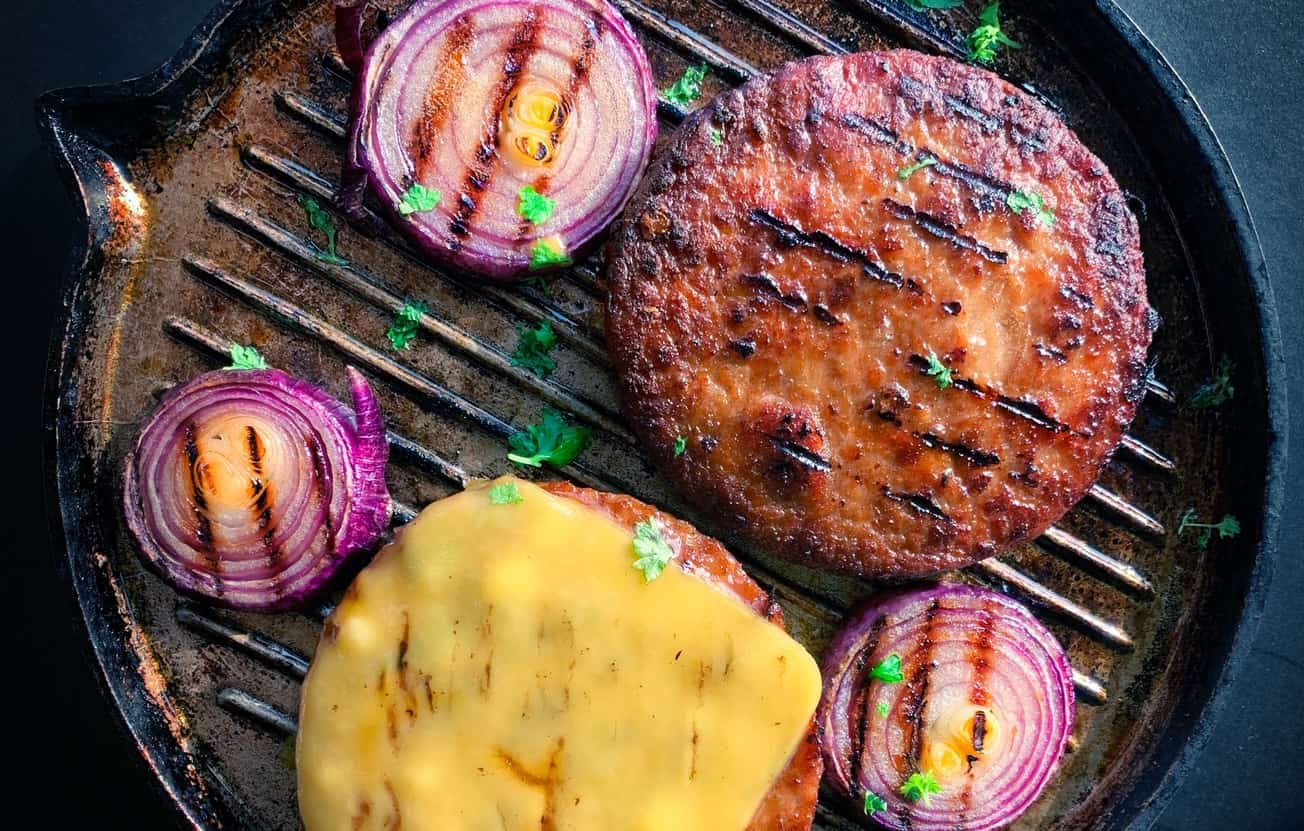 Cutting down on animal products isn’t always easy. For me, becoming pescetarian was painless as I was never a big meat eater, however becoming a full veggie was hard because of my love of sushi. Then becoming vegan was even harder still since cheese was my absolute favourite food, however this was a change I wanted to make and the aforementioned products helped with the transition. Nevertheless, I didn’t stop cold turkey. Instead, I allocated 5 days a week to eating a plant-based diet and then would eat my bodyweight in cheese on the other two days. Perhaps, you could begin your transition by trying a few new plant-based products and recipes and finding your favourites, so the diet switch is a pleasure, rather than a sacrifice. Or you could start with a slow transition as I did, maybe starting with the commonly known campaign ‘Meat Free Monday’.

Just halving your meat intake from 100g to 50g a day would reduce your yearly carbon footprint by the equivalent of a return flight from London to New York (1). A great app to track your progress is the Darwin Challenge app, which predicts if every UK resident completed Meat Free Mondays for one year, over 12,000km2 of forest would be saved alongside 2 quadrillion litres of water. 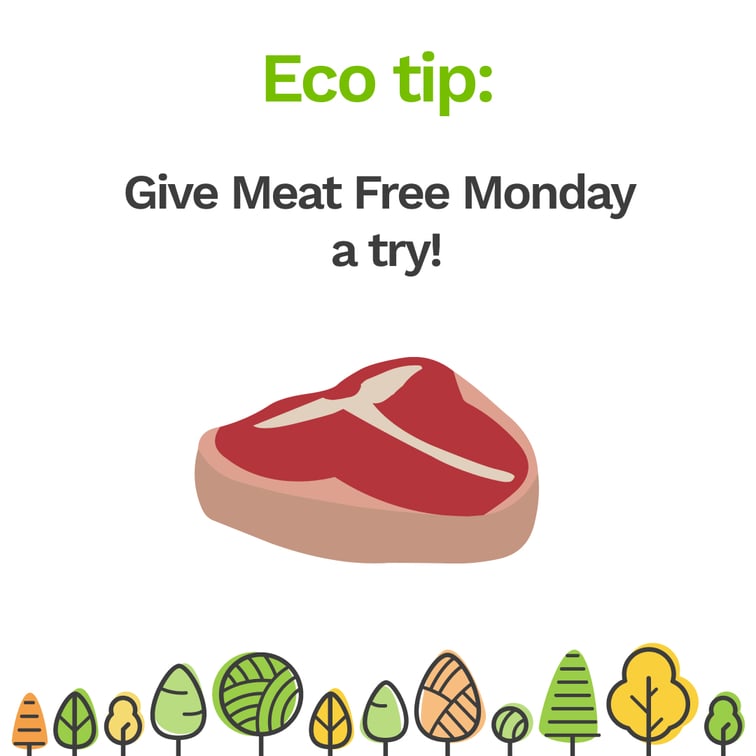 Animal agriculture’s carbon footprint is multifactorial, it is not as simple as the methane released from the cows gastrointestinal tract or the carbon dioxide released through deforestation to create land for farming. We must consider these factors alongside the potential carbon sequestering that has been removed from this deforestation. A third of all the land on earth is used for livestock production, which consume 1/3 of all cereal crops and 95% of the soya produced, in a world where 800 million people still suffer from malnutrition (1), but the quantity of food currently produced could satisfy 10 billion people, is this fair? Why are the poor suffering to feed the appetites of the rich? Additionally, to add fuel to the already blazing fire, there is the dire problem of water scarcity. Animal agriculture requires vast water consumption (one beef burger requires 2350L whereas the average veggie burger requires 279L), whilst 2 billion people worldwide still experience extreme water stress (2).

There are also other factors which must be considered: the transport and refrigeration emissions and environmental damage from fertilisers used. Of course, these final three factors are also produced from crop agriculture as well, explaining why eating locally and seasonally when possible is greatly important. A study mentioned in the documentary ‘Cowspiracy’ completed by two environment specialists at the World Bank Group concluded that animal agriculture is responsible for 51% of human induced climate change. Although other studies produce different figures, all indicate that animal agriculture is devastating our planet.

It is critical that we change our consumption patterns, something that any one of us can decide to do today. We don’t need to wait for an expensive carbon capture technology or for our government to overhaul our energy system. We can simply choose not to buy that burger. Supply responds to demand. If enough of us make the switch from meat to plant-based, the supermarkets will have no choice but to respond. A change which is already evident in the expansion of plant-based alternatives now available. A report published in the Lancet concludes that a sustainable diet allows for 1 tablespoon of red meat a day (the equivalent to a burger a week) (3). Although, this target may seem unrealistic, it does not mean that we can’t try or that the small changes we make are negligible, I believe the statistics above prove this. When revising for exams we don’t expect to achieve a perfect 100%, however we continue to revise and strive for the best mark. This is the same, just because you don’t believe you can reach this target does not mean you should give up trying and working towards it. 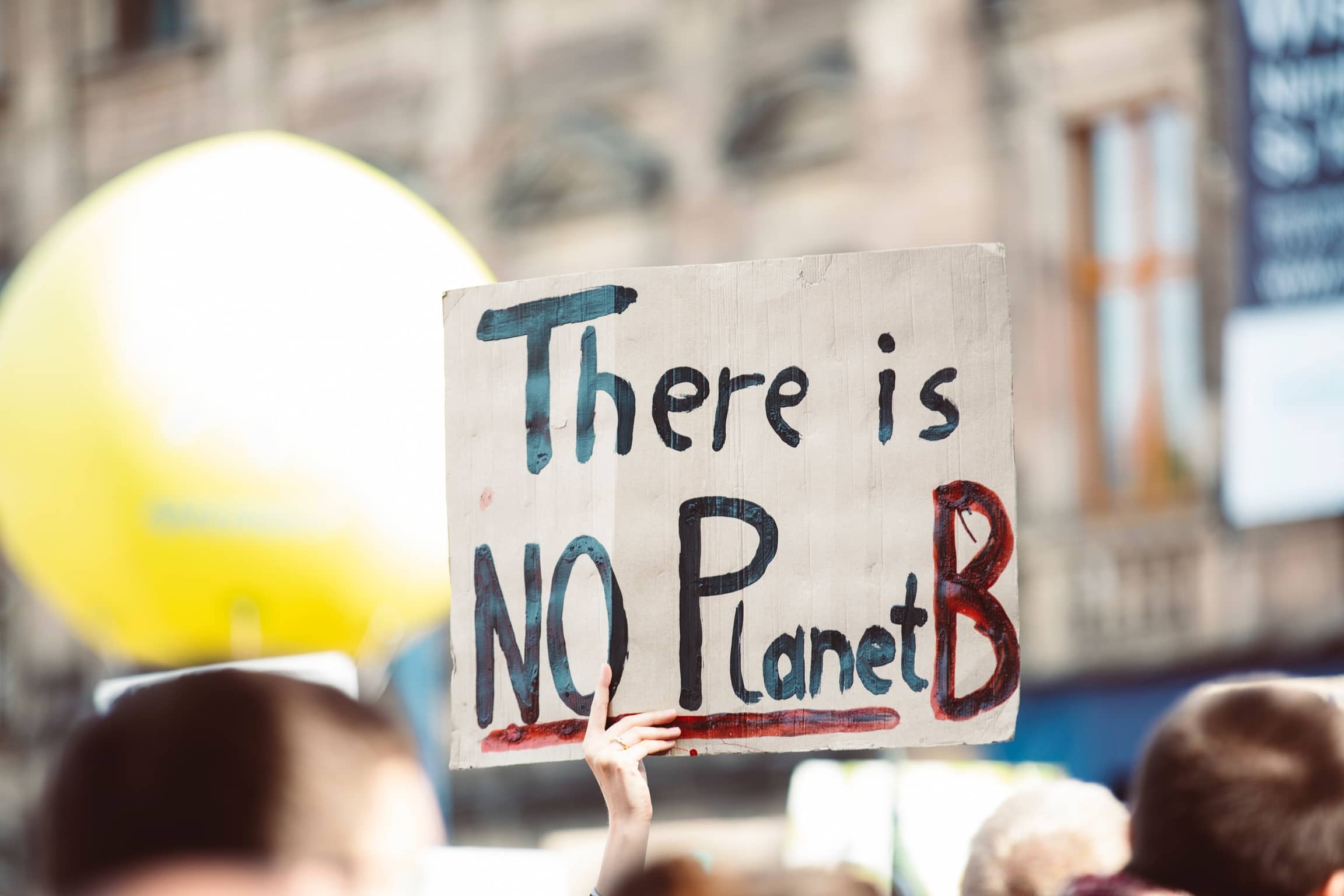 Photo: There is No Planet B (Source: Unsplash)

For many low income countries giving up meat is currently unrealistic as they require meat intake to overcome malnutrition. However, for the high income world a lack of calories is now a much smaller problem. It is our responsibility, as the major emitters of the world to create a sustainable planet. The richest half of the world emit 86% of global greenhouse gas emissions, with the average person in North America releasing emissions 17 times greater than the average African (4). Therefore, it is on us to change our consumption patterns and make these differences for our health, our planet and for those who are still suffering. None of us are perfect, I’m sure when it comes to Christmas day and the cheese board is out I will be tempted by the baked Camembert, but for now I am trying my best to reduce my carbon footprint, this is all we can do.